The launch date was set for November 4th, giving us 3 months to prepare for the big re-launch. The marketing team worked on the rebrand, buyers and planners were sourcing new products, and the engineering team started the mammoth task of building yet another website. The engineering team at the time consisted of Neil Garb (formerly of takealot.com), Nic Appleby (formerly of TouchLab/Media24), and myself. Luke Jedeikin (Managing Director) led the design process together with our UX designer Joëlle Snaith, and the frontend was outsourced to Mauricio Balderrama, a Bolivian contractor whom we'd developed a relationship with over the years. 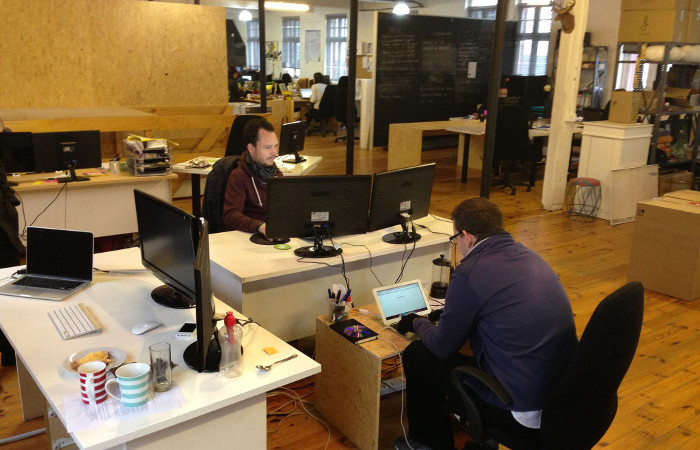 I'd started reading up on this PHP framework called Laravel, which had just released their 4th, and arguably first, production ready version. I played around with it over a weekend and built a small prototype app, testing the feasibility of its use for this project. The team had no prior experience with it, but we liked what we saw and unanimously agreed to move forward with it. The 3 of us modeled the database together, much of which is still in use today. The rest of the project took the "just do it" approach - we contributed and coded wherever we were needed. Once the application started to take shape, we developed unofficial roles for the core components - API (Neil), CMS (Nic), and WWW (myself).

As we neared the launch date, we all started to struggle with the stress and pressure of meeting the deadline. We'd been living off fast food, energy drinks, and medicine for 3 months. A week before launch, I broke down mentally at the office in a state of delirium. I remember it like it was yesterday; walking up to Luke, Claude, and Mikael's desks - shaking, incoherent, and stuttering. I left my car at the office and was given a lift home. A doctor made a house call, and I spent the next week in bed recovering from mental exhaustion. It was a bittersweet week for me since we weren't able to shift the deadline out and the rest of the team had to keep on pushing through. I contributed what I could from home, but both Nic and Neil picked up the pieces and pulled us through to launch day.

In the early hours of the morning on November 4th, the engineering team flipped the switch and pushed Superbalist.com live. 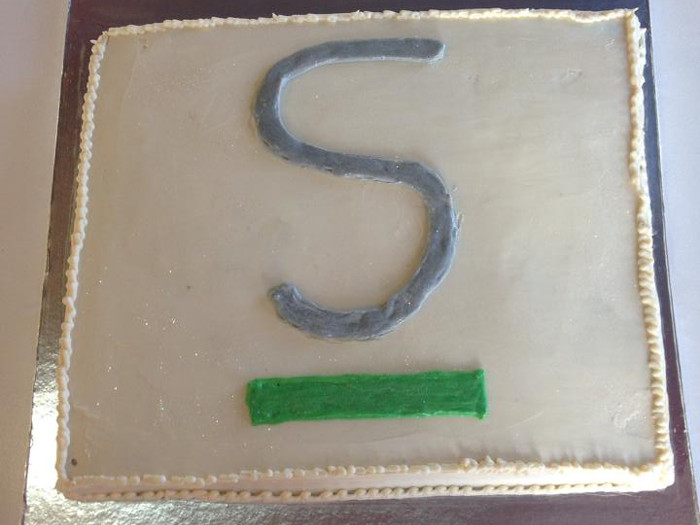 It was such a momentous occasion for everyone, and I couldn't be more proud of and grateful to the guys for pulling off what they did. I unfortunately missed the cake and celebrations but returned to work shortly after launch. As any developer knows, launch is just day 1 of phase 2, and the next few months were spent firefighting bugs and implementing "todo" and "fixme" notes.

In Feb 2014, the team took a small knock when Neil announced he was moving on from e-commerce. Neil had brought a wealth of experience with him from takealot and his many years as a developer, and I'm thankful to him for introducing me to many of the academic design practices and principles I know today. A few months after his departure, we were joined by Shaun Michaels, who had recently graduated from UCT with a Bachelor of Business Science majoring in Computer Science. 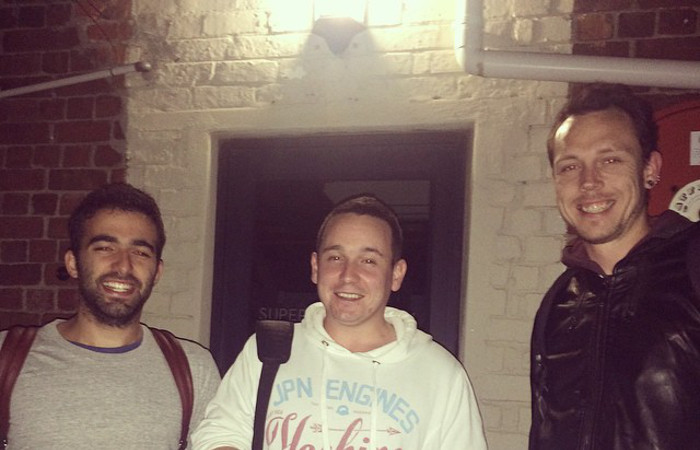 The 2013/2014 years were significant for the company. We were growing exponentially month after month and needed to seek investment to further fund our expansion and inventory holdings. We could no longer continue to fund the company ourselves, so we started exploring outside investment. We met with one of the largest internet and entertainment groups based in South Africa, who had expressed interest in us. A grueling 9-month due diligence followed, but at the 11th hour, the deal was pulled after the investors announced a change in strategy focused on consolidating their e-commerce companies rather than expanding. It was a huge emotional blow and setback for the executive team, as we were forced to restart our search for funding. A 2nd potential investment opportunity with a UK-based technology-centric venture capitalist followed shortly thereafter, but failed to materialise after a 6-month due diligence.

In early 2014, we met with Kim Reid (CEO of takealot.com) and started early discussions with the group about investment opportunities. A 3rd due diligence followed, and on August 21st, we met at Cliffe Dekker Hofmeyr Attorneys in Cape Town to conclude the deal. The takealot.com group, who at the time already owned Mr Delivery (now Mr D Food and Takealot Delivery Team), acquired 100% ownership stake in Superbalist.com.

“The millennial generation is deemed to be the most powerful and relevant market on the planet and we have managed to acquire a business run by millennials, focused on millennials. They have a great team and we are going to have fun building the business together.”- Kim Reid 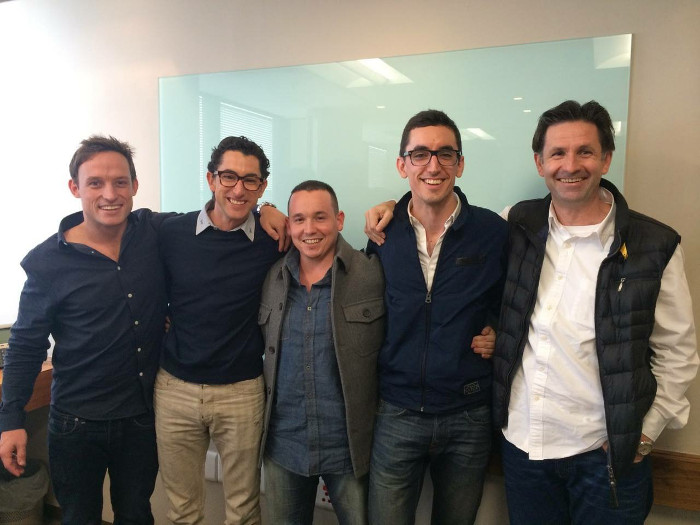 The business continued to operate independently as a division of takealot.com with the existing management team still in place. The acquisition allowed us to accelerate our growth in the South African market. The additional funding and group resources opened up access to new marketing channels, such as television and radio, improved logistics via the Takealot Delivery team, and warehouses in both Cape Town and Johannesburg (2 major centres). 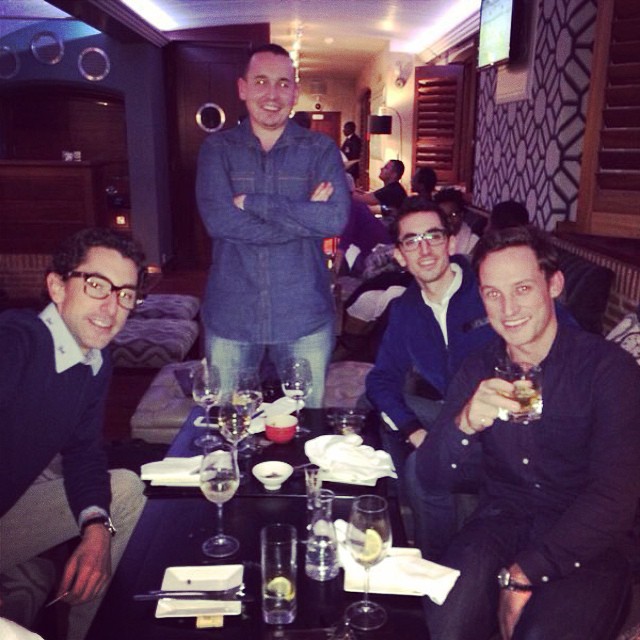 In early March 2015, my role as Chief Technology Officer (CTO) came to an end. I was suffering from many personal issues at the time, including anxiety and substance abuse. I'm incredibly open about my struggle with addiction and don't feel ashamed to speak openly about it. I did what I thought was best for myself, and only myself, and self-admitted to a treatment facility. I needed to focus on my personal well-being and couldn't serve the position in a way which was best for the company.

It was an evening visitor session when Claude came to see me at the facility. We were sitting in the garden area having a cup of tea, when he opened up a discussion about me taking a step back and allowing us to bring someone on with more experience. I remember being receptive to the suggestion, not shocked at all. I knew there was no way I could return to work as if nothing had happened, nor could I prioritise work over myself without jeopardising one or the other. It was still a difficult and emotional reality to process. It was the end of one journey, and certainly not in the way I wanted nor in a way I would ever have envisioned.

I experienced many mixed emotions upon my return to work. I felt incredibly ashamed at the time and was concerned about how my colleagues might judge me. There were rumours circulating about my sudden disappearance, and I felt like many people were treading on eggshells around me. The one person I was truly comfortable opening up to was the company's new Human Resource Manager - Bailey Kropman. Bailey, an organisational psychologist, had only been at the company for give or take a month before she was tasked with facing my dilemma. I'm truly grateful to her for the way she dealt with everything, both professionally and personally. It took a while before the tension eased up and I felt more comfortable in the work environment. There was lots of anger, resentment, and distrust between Claude, Luke, Mikael, and myself, and even today, I feel like things still haven't recovered to how they once were. It would be at least a year before Luke and I would speak again. 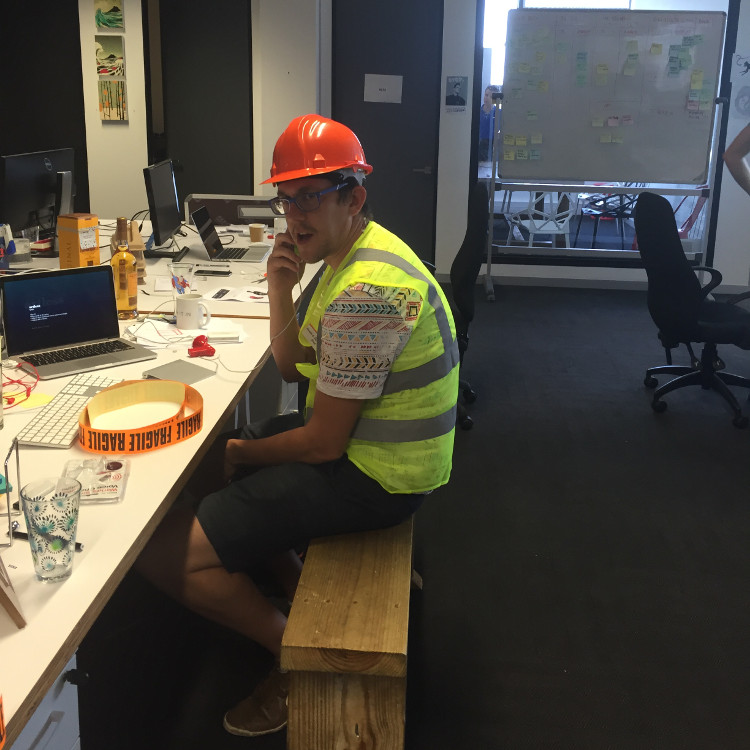 A few months after I returned to work, we hired Brad Whittington to take over my position. Brad had many years of experience as both an engineer and manager and had formerly served as CTO of Mxit, the instant messaging platform which, at its peak, had 7.4 million monthly active users. I stepped down and took on the position of Lead Developer, handing over my managerial responsibilities to Brad. I moved into a somewhat R&D and experimental type engineering role and worked on projects such as search, platform/devops, event infrastructure, and new payment integrations. It was a role which I felt I was well-suited for, since I loved (and still do love) playing around with experimental tech, learning new languages, and running solo with big project builds.

Towards the end of 2015, we once again moved offices, this time to the Atlantic Centre in the Cape Town Foreshore (takealot.com building). The rest of the group had recently moved from there to Rua Vasco Da Gama Plain. This would be the new home for all group companies; however, we took over the existing Atlantic Centre lease whilst renovations were being made to our floor. 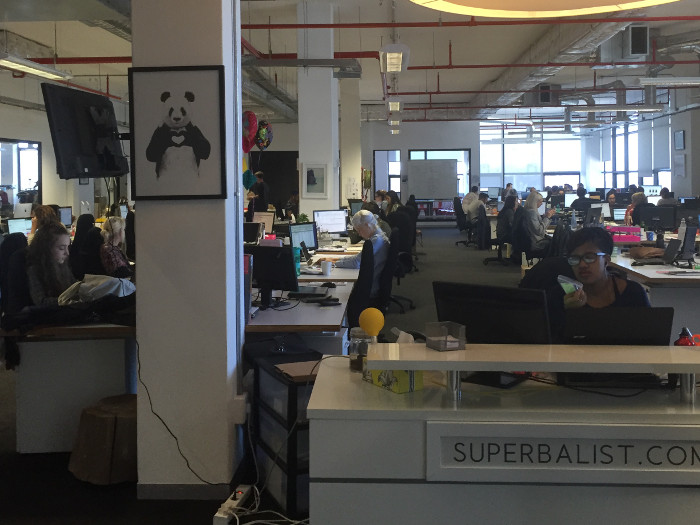 The mammoth warehouse move followed shortly thereafter. At the time, we had a single warehouse up in Johannesburg, the Parcel Ninja warehouse. This was the first time we'd introduced multiple distribution centres into the business (and tech systems). Nic managed the project from a technical perspective, re-writing the logistics engine to incorporate Mr D as well as the new warehouse management software. Gary Krige assisted him and wrote the "reservations engine" - the service responsible for reserving your stock at a warehouse when you click the "add to cart" button on the website.

The company continued on its upward trajectory in 2016 and we started to face real tech scaling issues. The platform team, led by William Stewart, migrated us to Kubernetes, hosted on the Google Cloud Platform. I spent a lot of time breaking up our monorepo into smaller, installable packages and containerised services. In preparation for Black Friday that year, we deep profiled our core services and refactored and optimised significant portions of our code right up until the night before. It paid off, and we survived Black Friday relatively unscathed. It would be my last Black Friday at the company, and still today, that’s one of the things I miss most about working in the industry. The thrill of firefighting, war rooms, graphs and dashboards, company-wide synergy, record-breaking traffic and volumes. 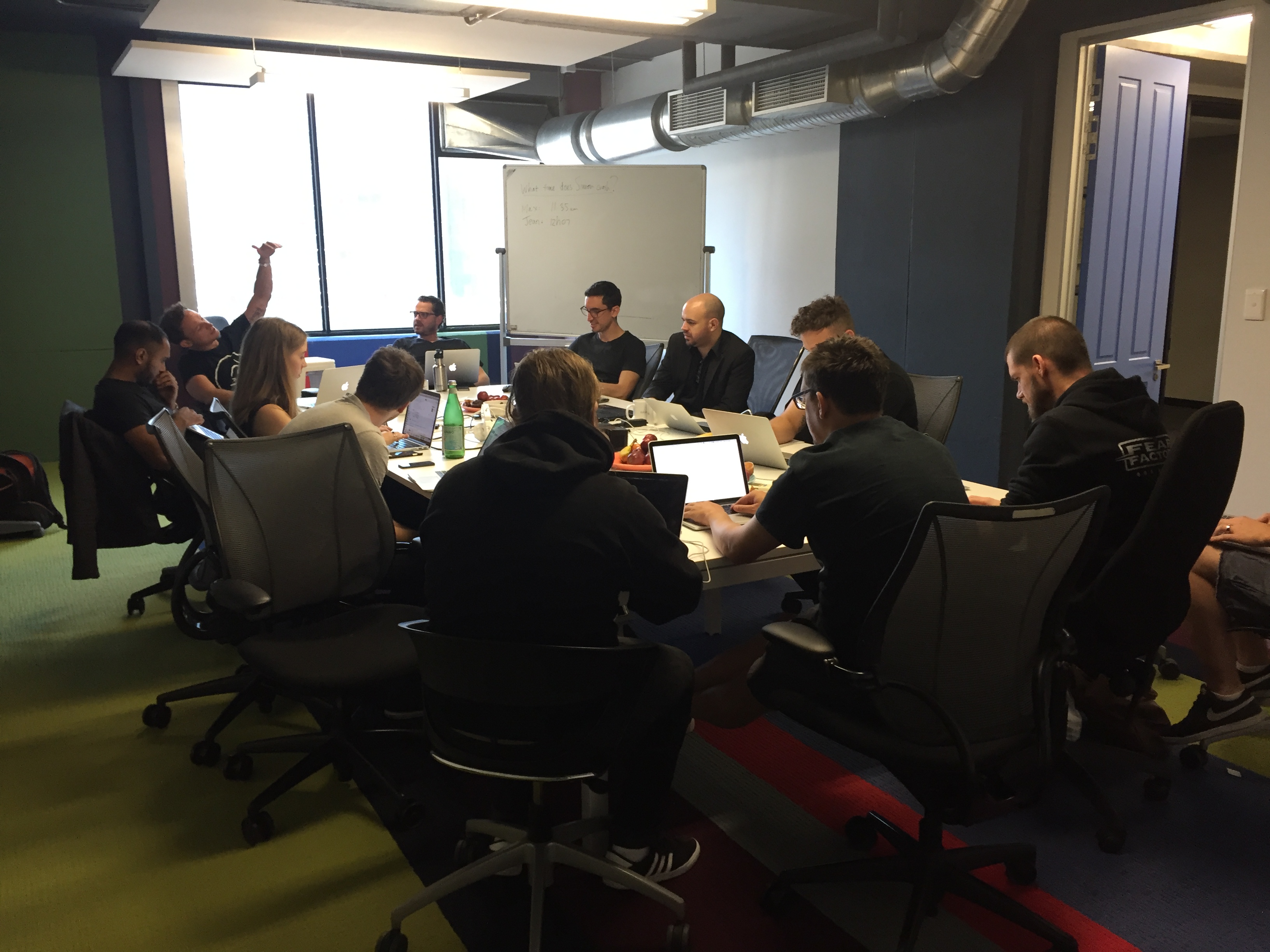 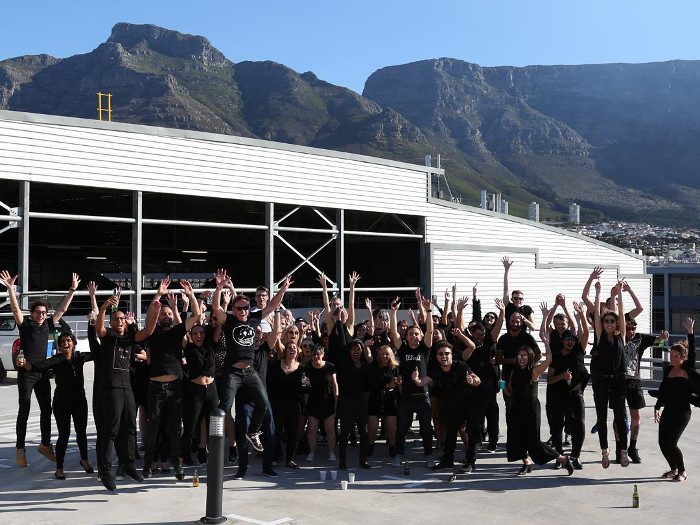 2017 (7 years since we started) was when I really started to struggle at the company. The passion I once felt was no longer there. I wasn't particularly excited nor challenged by the work I was doing. I loved the team, and learning from my colleagues, but the company no longer had that start-up culture I was looking for. This is inherent with any company experiencing the type of growth we were - it had outgrown me. I'd felt this uncertainty for quite some time but had been afraid to let go. The company had been such a significant part of my professional life. It was my first full-time job, and I had no idea how things would be elsewhere. I was afraid I'd never be able to build the type of bonds I had built, or find a company which would invoke those same feelings I experienced, during the early days.

In early 2017, I started exploring other options and contacted a friend of mine who runs a recruitment agency. They presented an opportunity at an education start-up which was looking for someone to head up their tech. I was excited by the challenge and was fond of working with this group of investors, all of whom had many years of experience in digital and a track record of incubating ideas and creating successful companies. I was sold early on, and shortly thereafter I accepted an offer for a CTO position at MasterStart. 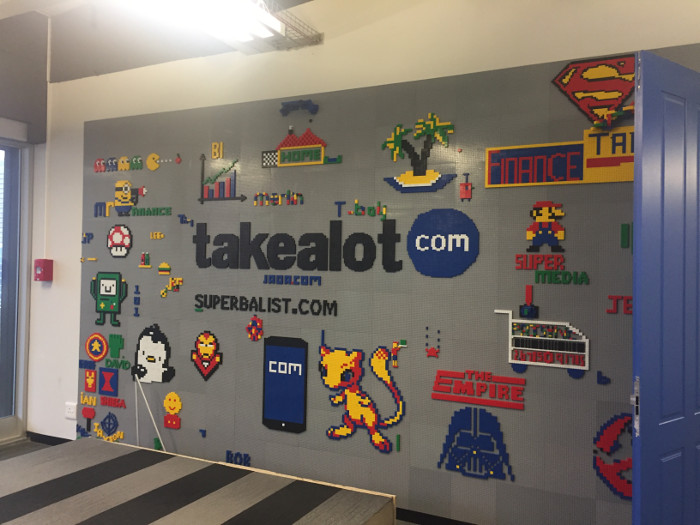 I took this photo on my way out of the office on my final day. I'm still in disbelief of how we managed to turn this little Pepper Street start-up into the company it is today. I've often thought back and wondered what my life would be like if I hadn't seen and responded to that tweet from Skye 7 years earlier. The memories we created together, the friendships we formed, the challenges we faced and overcame - these are things I'll never forget.